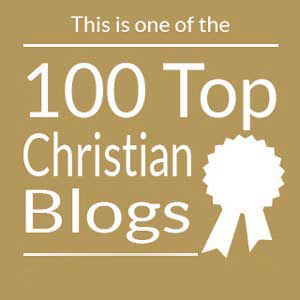 Last week I told you how having a coach during the first few years of The Journey helped me avoid serious potholes while accelerating my personal growth and the growth of the church (these three items are the consistent results of my current coaching networks too — more on that later):

Today, I want to tell you how I — an introverted pastor who is often concerned that he loves books more than people — started doing pastor to pastor coaching with what has now evolved to coaching 2000+ pastors of all denominations, sizes, life stages and geographical locations.

But it started with 12 pastors who asked to meet with me in Southern California, 6 of whom are still involved in my coaching networks today (a decade+ later).

The short story is that I was leading a 3-day afternoon breakout of about 200 pastors at a Purpose Driven Church event led by Rick Warren. After day two, a few pastors approached me and asked if I would continue to help them continue to help them implement the lessons from the breakout after the conference ended. With the approval of the conference leaders, I asked if I could meet with these pastors for six months as a pilot coaching network. Saddleback Church agreed to host the network if I would fly from NYC to Southern California to lead it.

On the last day of the conference, I announced that I would take up to 12 pastors for this pilot coaching network. Over 30 asked to join so I quickly created an application over the lunch break and accepted those I thought I could help most.

To tell you the truth, I thought I’d hate the monthly gatherings and the travel (I had some long flights and longer delays most of the time). Yet, I was driven to help them implement what I had learned because the lessons and previous coaching had so benefited me. (“Learn and return” is what I call it — take what you learn and return it to others). But after about three months of working with the group and some time with the Lord to change my heart, I knew coaching was part of my calling.

Fast forward a few months and the success of this first network led me to offer a network at my office in NYC (a much easier commute) and then eventually networks in Phoenix, Atlanta and Tampa. Within two years I had coached over 100 pastors. Remember, I was still pastoring and leading The Journey Church (in fact, the year I coached the most pastors was also the year we were one of the fastest growing churches in America. I was growing as I helped others grow — a pattern that has continued to this day.)

Even though we had great systems at The Journey and I could be away one week a month to do coaching (I would start with my West Coast networks and each night work my way East, ending with my Friday network in NYC — a long but fulfilling week), I knew the opportunity to coach pastors was bigger than my travel schedule could sustain….but then came the idea of coaching through the Internet and things blew up. (In a good way. Oh, the Internet had been there the entire time but now the technology was such that I could now coach online ‘almost’ as if I were there in person.

P.S. Why am I telling you this story? Well, some of you have been around a long time and don’t know the beginnings of Church Leader Insights (CLI) or the Renegade Pastors Network (RPN) — I’m hoping you find this trip down memory lane helpful. Others are new and need to know the heart behind our ministry. I still pastor The Journey Church but I started CLI/RPN as a separate ministry to sustain the coaching networks that God has blessed, now going on 14 years.

Also, I’m about to start a new Senior Pastor Coaching network on Tuesday, March 6 and I want you involved (the sheer fact that you are still reading this email says you are the type of pastor who wants to grow and is willing to try new things and new ways to grow). I wanted to share with you where I’ve come from so it would make sense where I’m going.

I now do all my coaching, except for one very high-level in-person network, over the Internet. And, over a 12-month period, through monthly online coaching sessions, personal emails and phone Q and A, I coach you for personal and church growth around the eight systems of a church (a proprietary process I have developed for my coaching members). There really is no network like the one I offer!

I hope you will pray about joining me for my latest and most updated network (each network gets better each time because I’m growing as a pastor and I take all the lessons from the previous 2000+ pastors I’ve coached and put them in the new network). This new network starts on Tuesday, March 6 and sessions are delivered monthly thereafter through a private coaching ‘hub’ (I’ll explain and give you access as soon as you join — it’s pretty cool and a great way to stay organized with your coaching).

You can read all the details and even sign-up now (some cool bonuses if you join now — plus, you can guarantee your spot and avoid the last-minute rush — I’m only accepting 30 pastors) right here: https://churchleaderinsights.com/gold

If you have any questions about this network that aren’t answered on the page above, just reply back with your question and your cell phone number. I’ll either email you or call you with an answer.